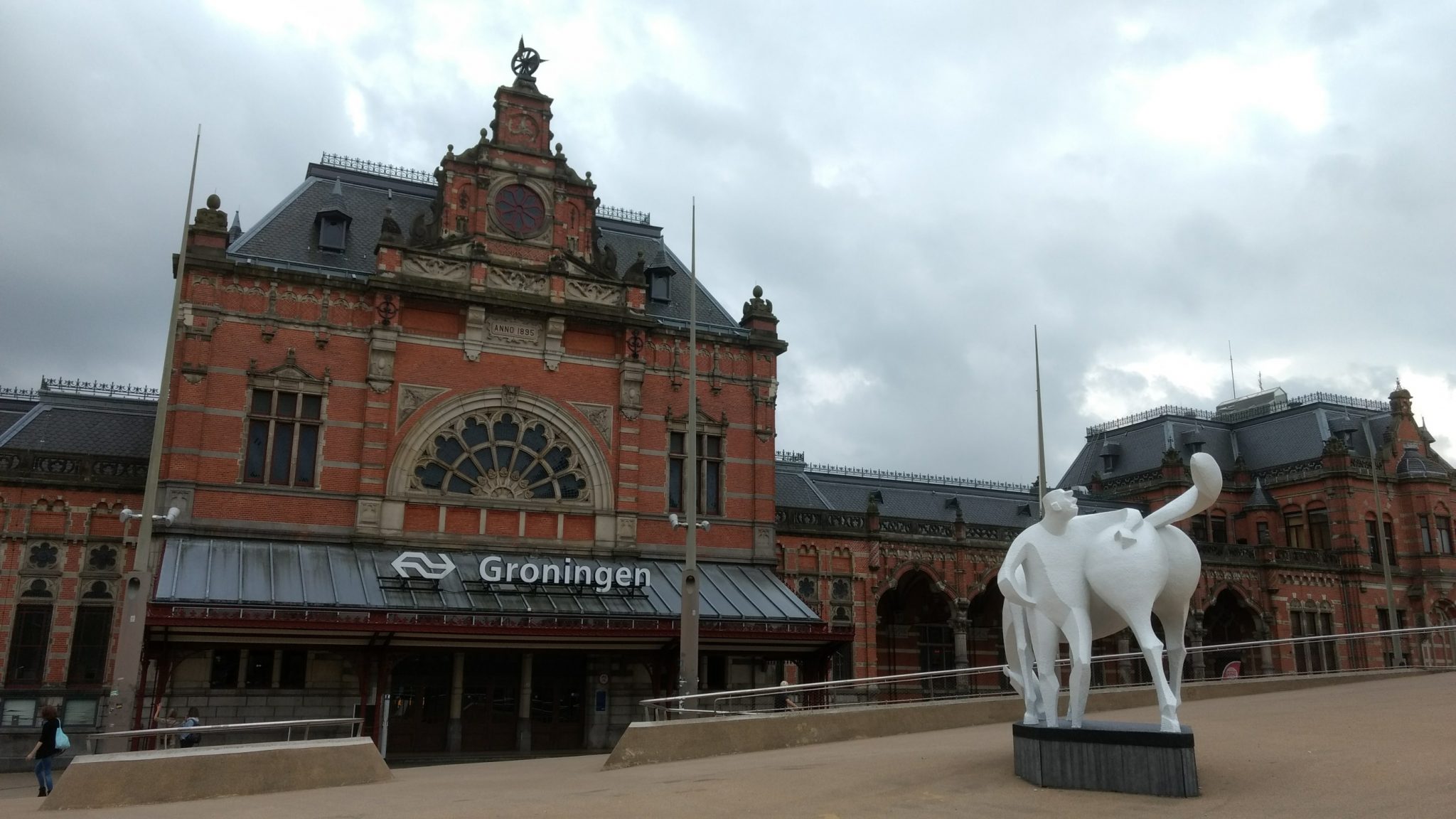 Earlier this month (5 sept 2017) I paid a visit to the conference “Blockchain in Education”. This was held in Groningen. These are my observations from this interesting event.

The morning session was packed with (short) plenary presentations. In the afternoon we could attend two so-called dialog sessions that could be chosen from a whole list. My guess is that there were around 250 visitors altogether, whereby it seemed to me that people representing educational institutions were a minority in this group. There were a lot of (regional) entrepreneurs and students. Groningen is also the host city of the Dutch Blockchain Hackathon, which might be an explanation for this.

I am not going to describe the sessions that I visited. Instead I’d like to answer two questions here, based on what I’ve read while preparing my visit to the conference, and what I’ve learned at the conference.

This is a difficult question to answer! I tried to read some information on this question before going to this conference. And that was indeed necessary, since it was assumed as something that the attendants of this conference would somehow know.

So what is it? Basically a blockchain is a transparant digital ledger, a record of transactions for stuff that holds value (music, real estate, diplomas, currency, a driver licence, or educational credits). A blockchain is a continuously growing list of records, called blocks, which are linked and secured using cryptography. The blockchain is typically distributed on a large bunch of computers, that all hold the same chain of blocks (the same data). And very important to understand: the data in a blockchain cannot be altered or deleted. So, a blockchain can serve as an open, distributed ledger that can record transactions in a permanent way.

And do you gather the impact of the word “distributed”? That means that there is no central database, and also there is no single owner of the data! So, what this means, is that the trust is also distributed across all partners in the blockchain. And this is really significant. Do you see the contrast with much of our current environments? We trust banks to take care of our money transactions, the notary is the trusted party when we buy your house etc. And within our educational context: we trust our university that it is providing credits and diplomas that have a certain quality and value. Or on a national level the DUO agency “owns” and maintains a very large set of student-related data and we trust this agency to do this properly. But we actually have no way of checking this.

Another aspect of a blockchain that was mentioned several times during the conference, is what is called “self-sovereignty”. This means that a person is the owner of his own data. One can store their own data on a blockchain, and provide (selected portions of) it to those who need to validate it, without relying on a central database. This holds great promise, since we are all aware of the hacks of large databases with personal data that are published every now and then. If you want to read more on this concept, then please read this very nice introduction.

You could also read more on blockchain in general at Wikipedia, or watch a video by Don Tapscott over at the TED website about the impact blockchain could have on society and business.

So what about blockchain in education?

That was indeed the title of the conference. But actually I must say that not all of the sessions were really focused on education. There were some pilot projects and examples given, but the use of blockchains in education is really not that common (yet!), but that could change soon (maybe).

There were two sessions that stood out for me. First of all a presentation by Andreia Inamorato Dos Santos. She is senior researcher at the Joint Research Center (JRC) from the EU. She presented some highlights from an upcoming report on the current state of the art on the use of blockchain in education (in the EU). One of the main conclusions is that blockchain in education is still in its infancy (please see some more conclusion in her presentation at SlideShare). Dos Santos sees a clear connection between the potential of blockchain and Open Education. She mentioned an earlier (and very comprehensive) report that the JRC published on Open Education. Basically the current research provides some indications that the use of blockchain might help with opening up our education further and better.

Regarding concrete applications of blockchain in education it is mainly about registering (study) credits and acknowledgment of those credits, and specifically that this could be done with ease, speed and reliability. This is how I would summarize what Open University researcher Allan Third shared with us during his morning presentation. He was actually one of the few who really came up with some concrete examples of the use of blockchain in education (albeit experimental). For example the (private) University of Nicosia (Cyprus) that is providing self-verifiable certificates on the blockchain. And there is a London based startup company, GradBase, that is “introducing a new global standard for issuing and instantly verifying qualifications”. Similarly, APPII (also from London) is an online verification, career management, and recruitment platform.

Another example, the company Learning Machine was very nicely represented by Natalie Smolenski. They are using an open standard, Blockcerts, for issuing and verifying blockchain-based records of student achievements. As a learner you can install an app (called Blockcerts Wallet) on your smartphone that acts as your personal wallet for your records.

The most important message of Dos Santos was that we should be raising much more awareness on this subject. If we are ill-informed we cannot really judge the value or the potential of blockchain (or for that matter: the risks and threats). After having visited this conference I feel that I am better informed now, but I would not say that I am well-informed right now.

Furthermore it became clear to me at the conference that to really grasp what blockchain could mean, you should rethink important aspects of our society in general. Concepts such as trust, collaboration, or our local and international laws (to name just a few).

Apart from these important questions that need to be addressed I can see great potential for blockchain in our context. Imagine that we would be catering much better for the “lifelong” (and international!) learners. He or she collects evidence and credits from different providers and brings this all together through the blockchain, whereby we are all partners based on trust. And imagine then that a great part of educational institutions worlwide use blockchain for verifying international certificates and diplomas. Is this too ambitious? I do not really know, but Sony Global Education (!) announced a weeks ago that they are ready for this.

There is even more to read! This one is recommended: a recent article in Times Higher Education on blockchain in education (focusing on getting rid of degree fraud). Or this article by Donald Clark, that mentions 10 ways blockchain could be used in education.

This site uses Akismet to reduce spam. Learn how your comment data is processed.